Fume Cupboard - What is it about?

The fume cupboard, also known as „fume hood“ in American English, is the main working place for dangerous chemicals in laboratories. It is made out of a work top which is resistant against heat and chemicals surrounded by three solid walls. In the front there is a vertically movable sash which is mostly made out of glass. Some constructions also have also horizontal moveable windows. 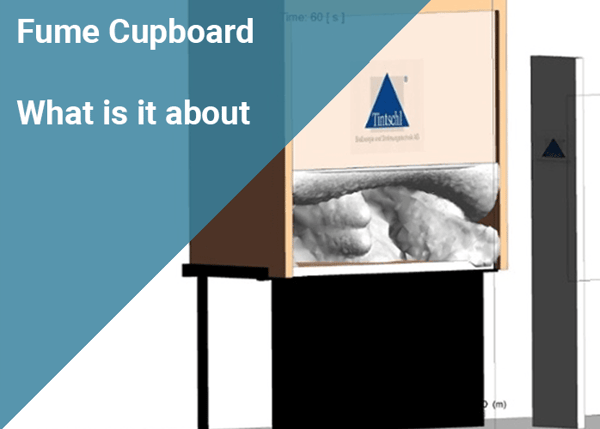 The main function of the cupboard is to protect the users, as well as all other persons’ safety in the laboratory from hazardous materials which are handled in the fume hood. Especially gases, aerosols and particles should not be spread into the rest of the room. For this, the fume hood is connected to a suitable ventilation system which exhausts a specified quantity of the room air to the outside.

Before fume cupboards are sold they are tested in special test laboratories according to EN 14175-3. The manufacturer receives a certificate specifying the exhaust air quantity for fulfilling the given local border limits under the comparable and ideal conditions of the test room.

So is this really safe?

After the fume cupboards have been planned, installed and commissioned in the laboratories more and more a commissioning test is performed. To achieve on-site the same good containment values in most of the cases the necessary air volume rate must be raised above the flow rate as found in the test laboratory.

Will it be safe anyway?

After a successful on-site-measurement you should actually assume that the fume hood also will work in local conditions for sure too.

Although, many users come to us after some time complaining that there are weird smells coming out this ventilated enclosure. Also another on-site-measurement can give totally different results after using it for a while. Reasons for that can be misuse, improper modifications or too little knowledge about possible influences onto such a device. In the following post “How to make a good fume hood bad” we will give you some examples.

Simulation of a laboratory