During our measurement campaigns on-site we – my colleagues and me – very often were asked to help the laboratory people because the smell in the labs is not very nice. Here I collected some examples which may show how one can increase the leakage of a fume hood – where he pays a lot of money to run it safely. 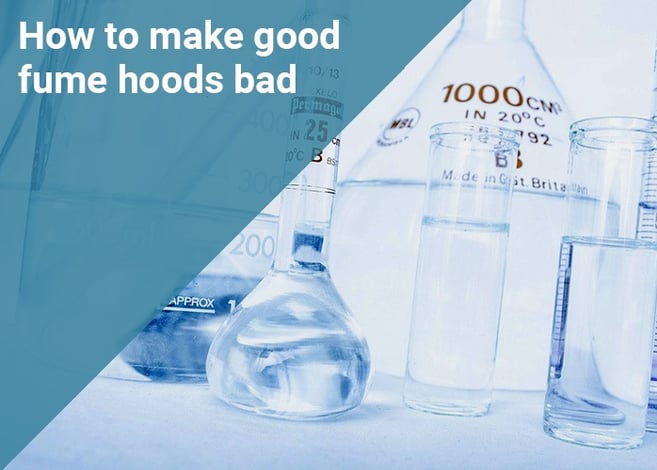 These examples shall neither be copied nor rebuilt or basics for new designs, although no patents were given for the great ideas. But they may give a hint what is possible to ruin the efforts of safety people and engineers as well as the company who designed the hood when only increasing the airflow through the fume hoods without struggling against the symptoms.

Example 1: a tested fume cupboard modified from the manufacturer due to the customers wishes

Fume hood with additional sash at the side wall.

Measurements with tracer gas showed, that even with closed front sash, fume hoods with an additional, open sash in the side wall have a bad containment. Fume hoods with these issues are not any longer defined as fume hood according the standard.

Example 2: a well running fume hood modified by the user

walk in hood used as bench type hood with ventilated storage space below.

This walk in hood was modified by the user by installing a bench top inside. Containment measurements with the ejector above the table showed quite reasonable results. But placing the ejector on the ground – where the open bottles with the used solvents are standing – gave extremely high outbreaks of test gas. Additional byproduct:  the installation of the table top gave the user the chance to prevent definitely the closing of the sash.

Example 3: a tested fume hood used by the most air flow disturbing way the user find 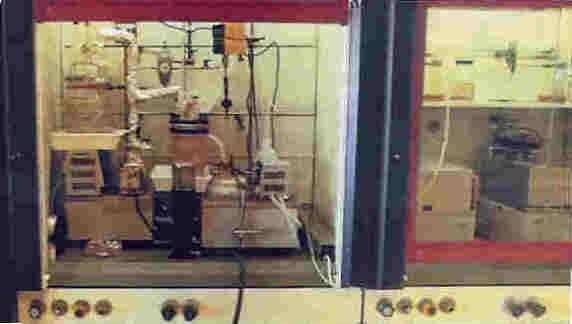 Fume hood with big equipment blocking the flow inside

In a first view the fume hood below seems to be the worse one (with all the most scientific looking equipment). But containment measurements showed no problems for this hood. But for the hood on the right side: The big “boxes“, which are part of a ozone(!) creating system, and the board above with a small test set up, block the flow inside the hood so that the turbulence pumps the contaminated air into the room. 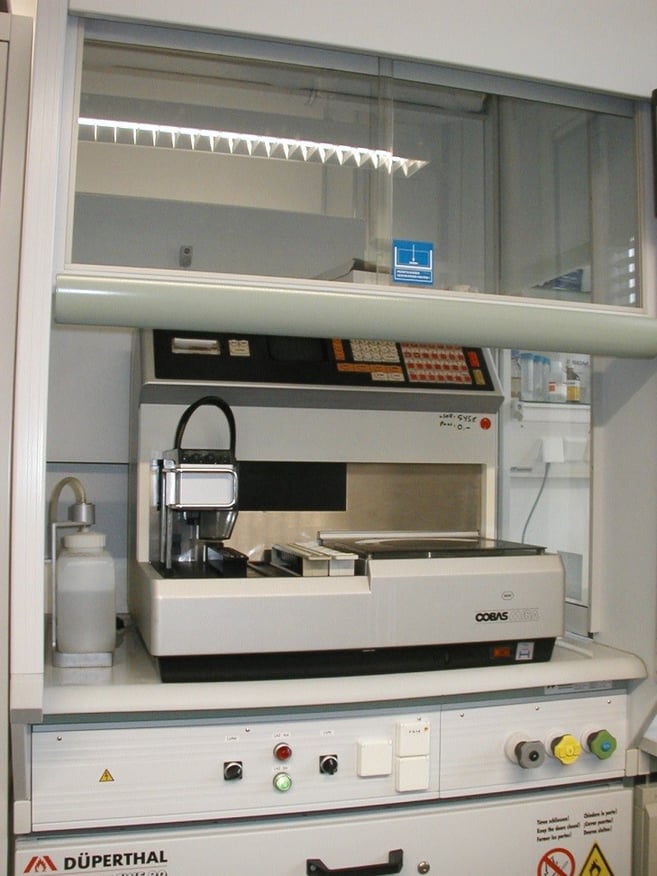 This can be done also in combination with the modification of the fume cupboard by the manufacturer according to the ideas of the user. Here a filled up fume hood with an additional side window to enter the data on the display on the top… 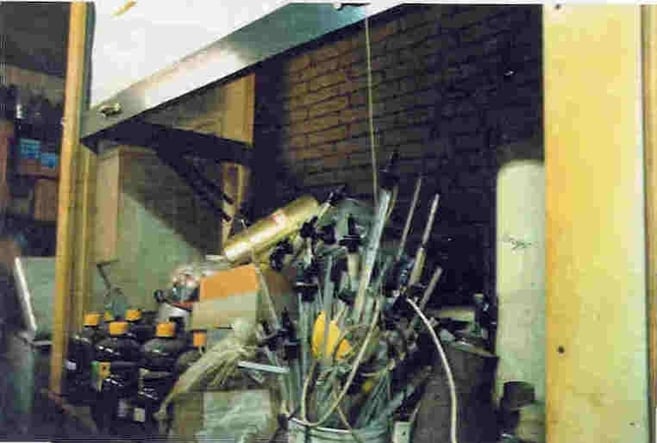 This fume hood, standing in the cellar of a university lab, was not only full with old bottles and broken (!) mercury thermometer but also “running“ without exhaust air, as the fume hood was not in use any longer. There is no better way of saving energy….

But even running fume hoods can be filled up so that they cannot work: 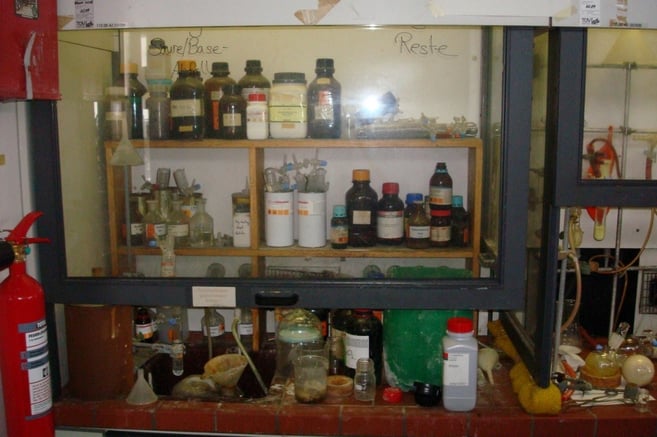 Please note: to avoid the wrong gas creeping into the “neighbour hood” it was blocked with porous foam

One of the most important security components inside a laboratory is the fume cupboard. Learn more about it and see the other examples in our whitepaper "Fume Cupboards: Avoiding Mistakes in Assuming Safety".

Simulation of a laboratory